From the workspace (left edge of the screen), swipe to the right to bring up the Note Switcher. You can then choose a notebook to split view from Recent Notes or search your app for one. You can even create a new notebook (bottom of the Note Switcher) without closing your current document.

Tap the three dots icon and choose the side you want in your second notebook. You can also drag a notebook to where you want it. To switch the sides, bring up the Note Switcher again > three dots icon (on one of the open documents) > Switch. Multiple instances support only two percentage ratios:

The Note Switcher supports any ratios between 25-75. You, therefore, have a wider range of split ratios with the in-app split view than you do with multiple instances. 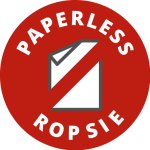 I am a usability analyst, technical trainer & writer who is passionate about designing effective workflows for individuals, businesses and organisations. Simple digital workflows improve productivity.